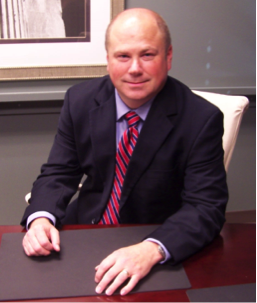 As I write this column about real estate investing principles, the Alabama Crimson Tide and their coach Nick Saban are enjoying their National Championship victory over the Clemson Tigers. The Crimson Tide has now won four of the last seven national championships games which, arguably makes Nick Saban the greatest coach in college football history.

Sure, there have been other coaches to win multiple national championships, but I am not sure I have seen anyone do it at this level for the past nine years as Alabama’s coach and also as coach of the LSU Tigers (1999-2004).

When you study Nick Saban’s method of recruiting, coaching, hiring assistants and game day management you have to wonder—if by using the game planning of someone who has done so well in coaching college football—the same approach could also be applied to fundamental principles to real estate investing.

I think it could be—and would work very well.

Nick Saban is extremely disciplined and has a definite method of running his football program. He has been known to say on many occasions that the most important part of his “program” is R&D, which stands for “recruiting and development.”

He is very clear on what type of recruits he is looking for and then has a “system” in which he develops his players. This system is what has produced so many wins and ultimately National Championships. Let’s look deeper and what these principles are and how they can be applied to investing in real estate.

Recruiting; I would say that picking the “right” property is synonymous with recruiting. Nick Saban fully understands the kind of players he needs for his program and not only does he look for 4 & 5-star players, but looks for kids he can mold and adapt to his “system.”

I think as real estate investors, we are continuously looking for opportunities and sometimes do not focus on choosing the right properties. Investors often purchase a property, then realize they do not have the money, time or resources to operate or add-value to the project. All successful real estate investors will tell you that finding a niche or certain property type was the key to their success and knowing what properties are the best fit for them have been instrumental to their success.

Development: It is a known fact that developing players through practice and training is one of the greatest strengths of a Saban football team. They practice diligently and cover all possible scenarios from the offense, defense and the kicking game.

One of the plays which turned the momentum in the National Championship game against Clemson was the onside kick in the fourth quarter. Alabama executed this flawlessly and Saban admitted this was something they practiced during the year and prior to the Championship game.

Asset are property management are very similar to the diligence that makes a Nick Saban football team execute on game day. Most investors take time, money and resources to find and acquire an investment property that meets their required goals and return expectations. However, they “drop the ball” when it comes to managing and/or operating the asset.

Many times management is done “in-house,” using employees from another related business or by administrative assistants or other professionals who have not been trained in asset management. In the end, the investment never meets the investor’s expectations.

Risk: Yes…there is risk in both real estate investing AND college football. However, after watching Nick Saban coach college football in the SEC for nearly 17 years I have noticed that he takes the LEAST risk of all college coaches and actually uses high percentage running and passing plays during the game—usually during the first quarter and maybe the first half it looks as if it is a tight game. However, by the middle of the third quarter the Crimson Tide has outpaced and worn down the opposing team and the end result is the game was never really close.

Looking back at the onside kick in the National Championship game, the play seemed extremely risky; however, not only did the Alabama kickoff team practice this during the week, but the coaching staff noticed the deficiencies in Clemson’s kicking game and executed this at the “right time.” Even when Saban does take risk, he always seems to take it at the right time during the game.

In summary, there is no doubt that investing in real estate is risky. However, you can successfully mitigate risk by implementing the principles above, which are not only used by Nick Saban, but all successful coaches, business owners and investors.

All real estate investors should be diligent in finding the right properties, implementing management goals, and learning to take risk at the “right time”. By mastering the above principles, there is no doubt that the majority of real estate investment projects will be successful and YOU can be the Nick Saban of investment real estate!